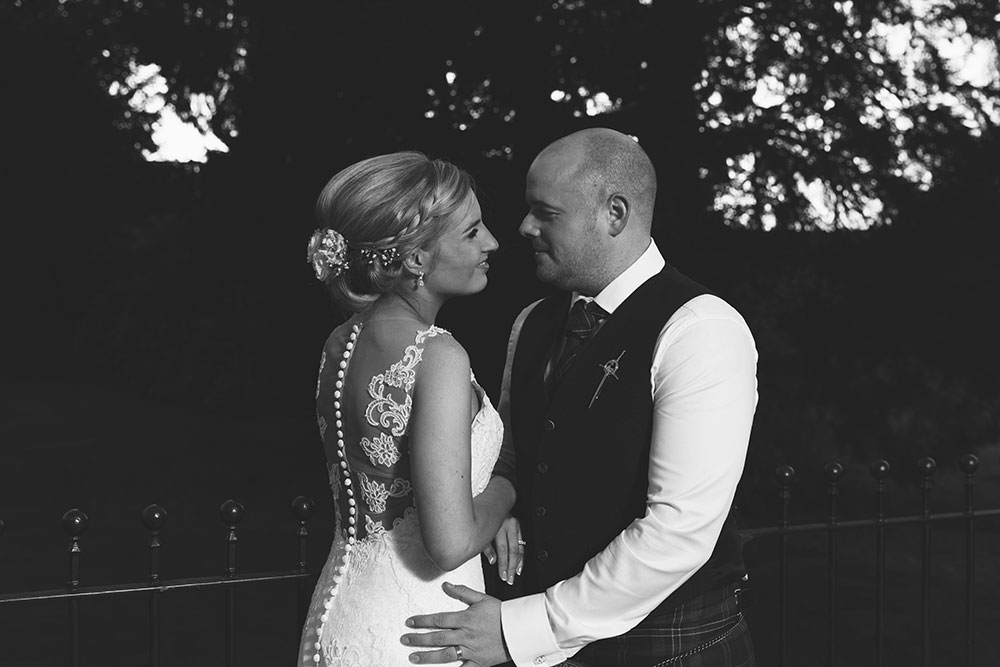 Carolyn and Kevin were married in September at the beautiful Glenbervie House in Larbert.

The day started off at The Coach House just beside the main venue where the Bride and the bridesmaids were having their hair and make up done.  For me as a photographer this is one of my favourite parts of the day to capture, this is where all the months of planning starts to come together and there is a lot of excitement in air.


During the ceremony I found out that the Bride and Groom had met each other while they were working at the Garage nightclub in Glasgow which is also how my husband and I met, so that gave us a good laugh when we talked about the people we knew and what it was like to work there.

A few weeks after the wedding I asked the couple some questions reflecting on their day.  Here's what they said.

How did you meet?
We met in the garage nightclub. Kevin was working as a steward and I was working on the cash desk.

Can you share your proposal story?
Kevin wanted to do a big proposal but knew I wouldn't like anything too romantic. So he proposed at home. He wrote me a letter explaining why he wanted to marry me and that he wanted to share the rest of his life with me. He got my friend to help pick my engagement ring. The two of them tricked me as I thought my maid of honour was the one getting engaged so I took her into Rox to find out what she would like.

What made you choose your particular venue?
We had been there before for a wedding and loved the food so we knew we wanted a venue in the Aurora group. We looked at some of their other venues but we kept thinking and comparing to Glenbervie House. We liked that it was exclusive use and that they were very accommodating for everything we wanted. Also they had no sound limiter for the band so we knew there would be a fab party atmosphere.

What was the best moment of your day?
I loved the whole day. It was great getting to spend it with all of our friends and family. But the best moment for me was probably when the party got started at night. The two of us stood to the side...just the two of us...and watched everyone having a great time. We were both so overwhelmed by how many people joined us for our special day and were proud we had put on such a great day. We paid for everything ourselves so it was such a rewarding moment.

Would you change anything about your day if you could do it again?
I am struggling to remember big parts of the day so I would definitely have got a videographer. I would have also got another make up artist to help. I felt getting ready was quite stressful and I was worried a lot of pressure was being put on my make up artist, who was also a guest at the wedding.

Have you got a wedding top tip?
It's a cliche bit of advice that everyone says but take a moment just the two of you to take it all in. We barely saw each other in the evening apart from that moment out we took. I also tried to do a lot of stuff myself and was getting annoyed that people didn't know or understand what I wanted. I'd write out an itinerary/to do list for my bridesmaids and ushers.

Invite one more guest alive or dead, can be a celebrity or someone you know, who would it be and why?
We would have to have Kevin's gran and grandma. His gran passed away just before he proposed and his grandma passed away just after. So we would have definitely have to invite them. They were sadly missed on the day.

Which song did you pick for your First Dance?

We picked Michael Buble, Everything. I'm a huge Buble fan and we wanted a more upbeat first dance.
Which is your favourite Louise Mallan wedding photograph and why?
I wanted a lot of natural pictures so one of my favourite pictures has to be the one of myself, kevin, bridesmaids and ushers walking across the grass to go do our posed pictures. Everyone looks so happy. My favourite picture of myself and Kevin is the black and white one of us kissing at dusk. 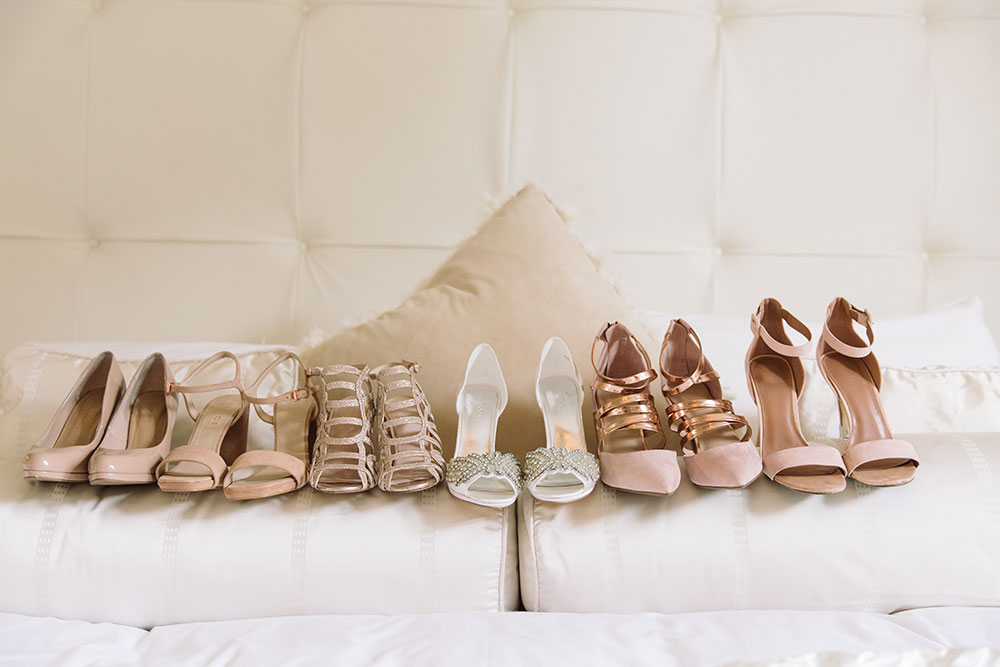 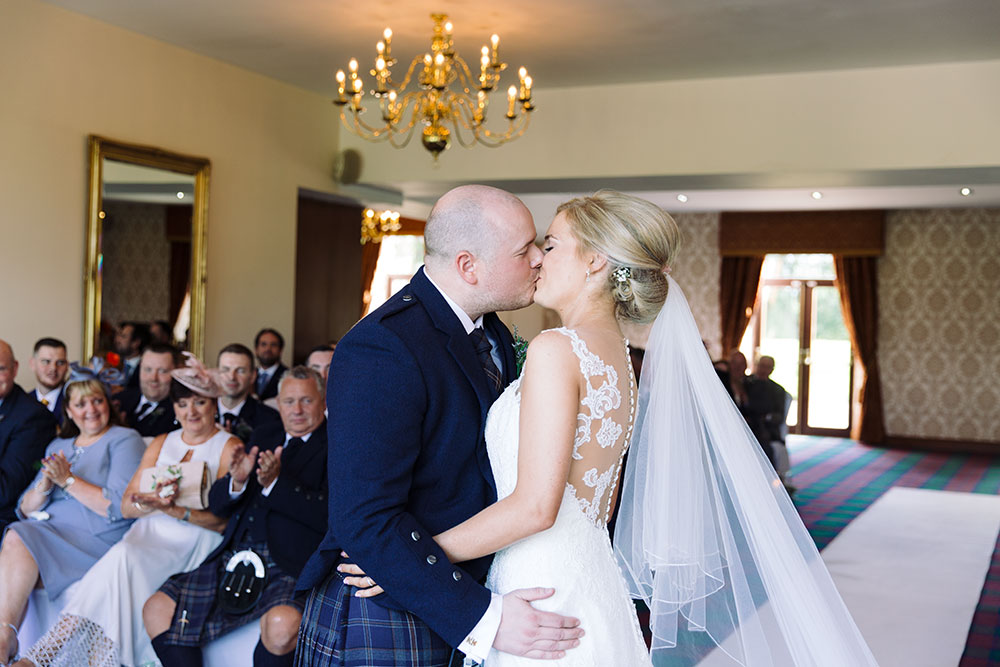 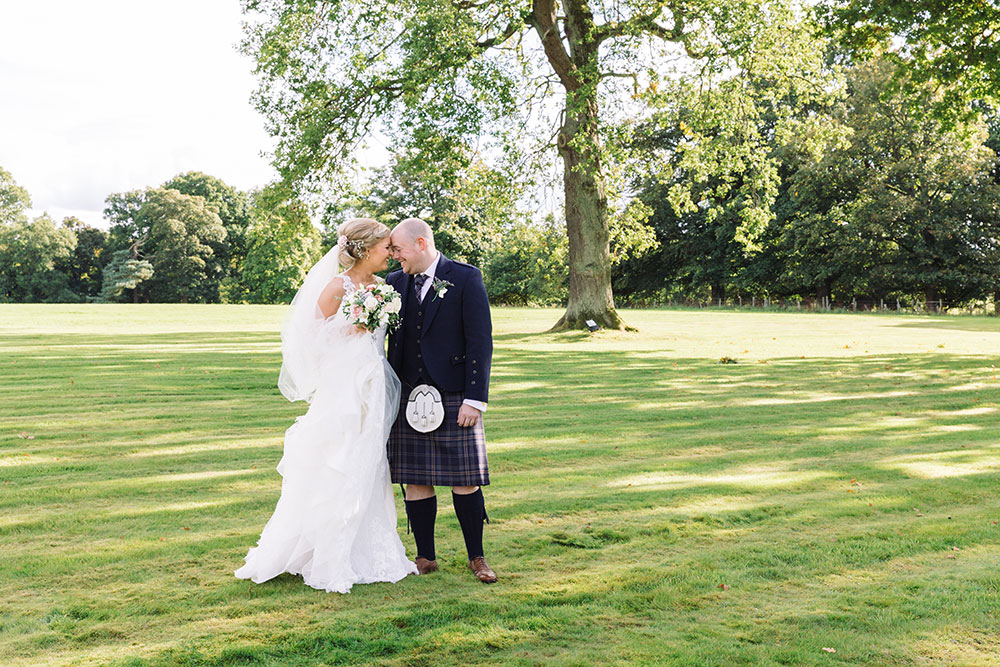 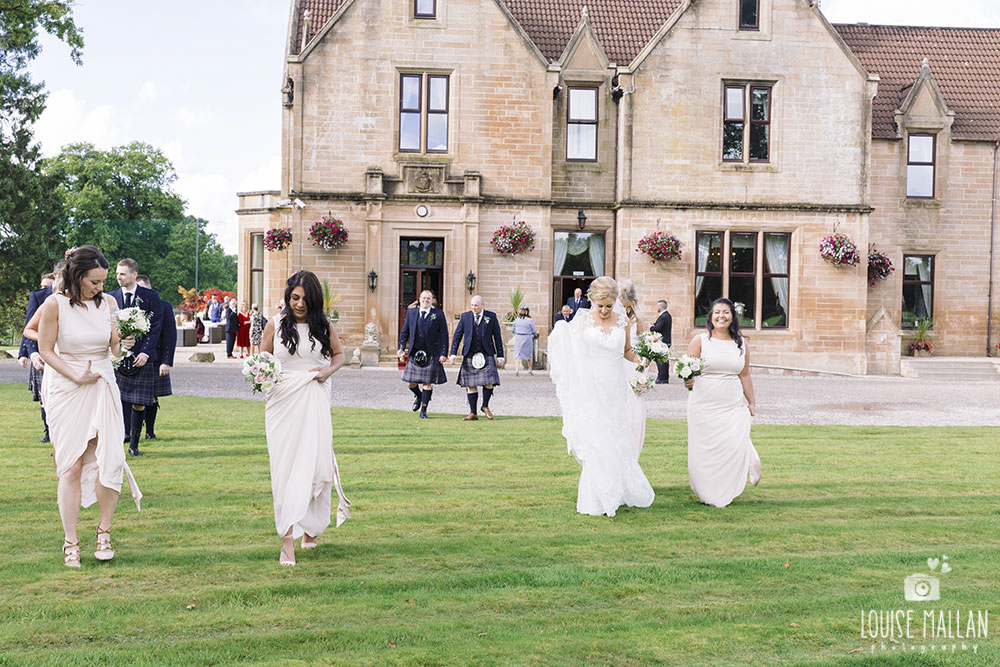 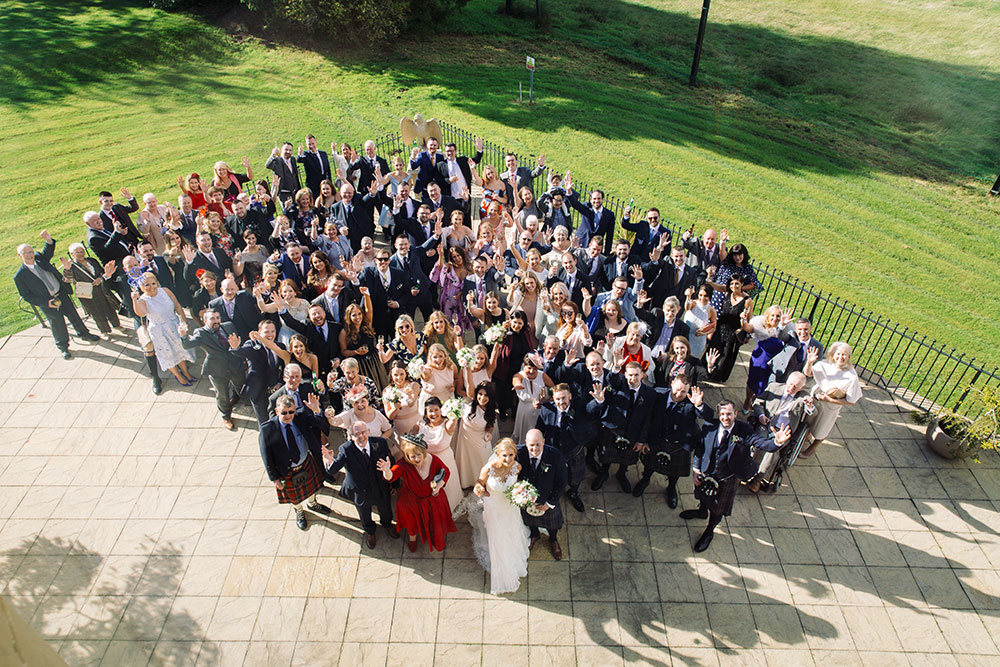 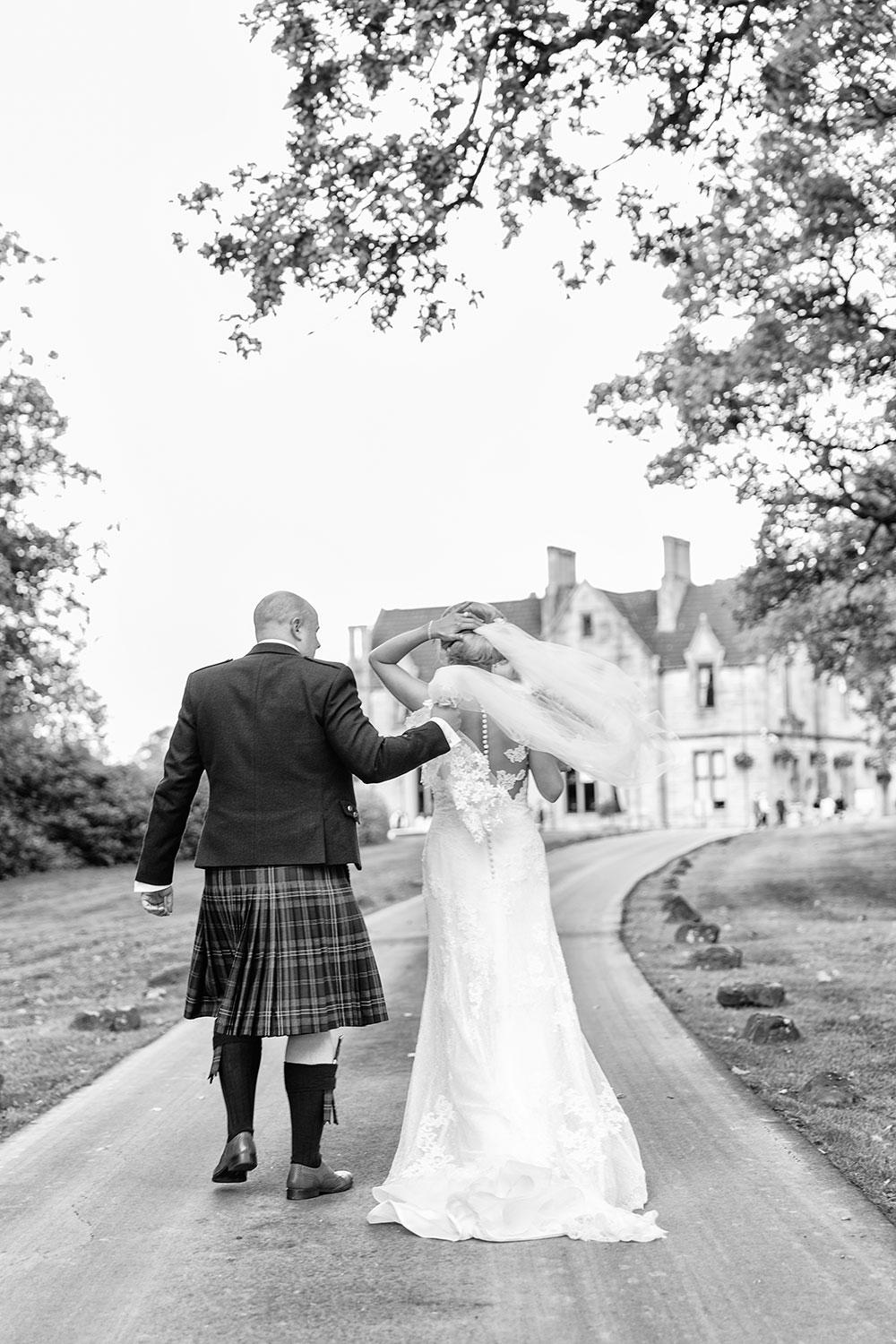 A slice of the day 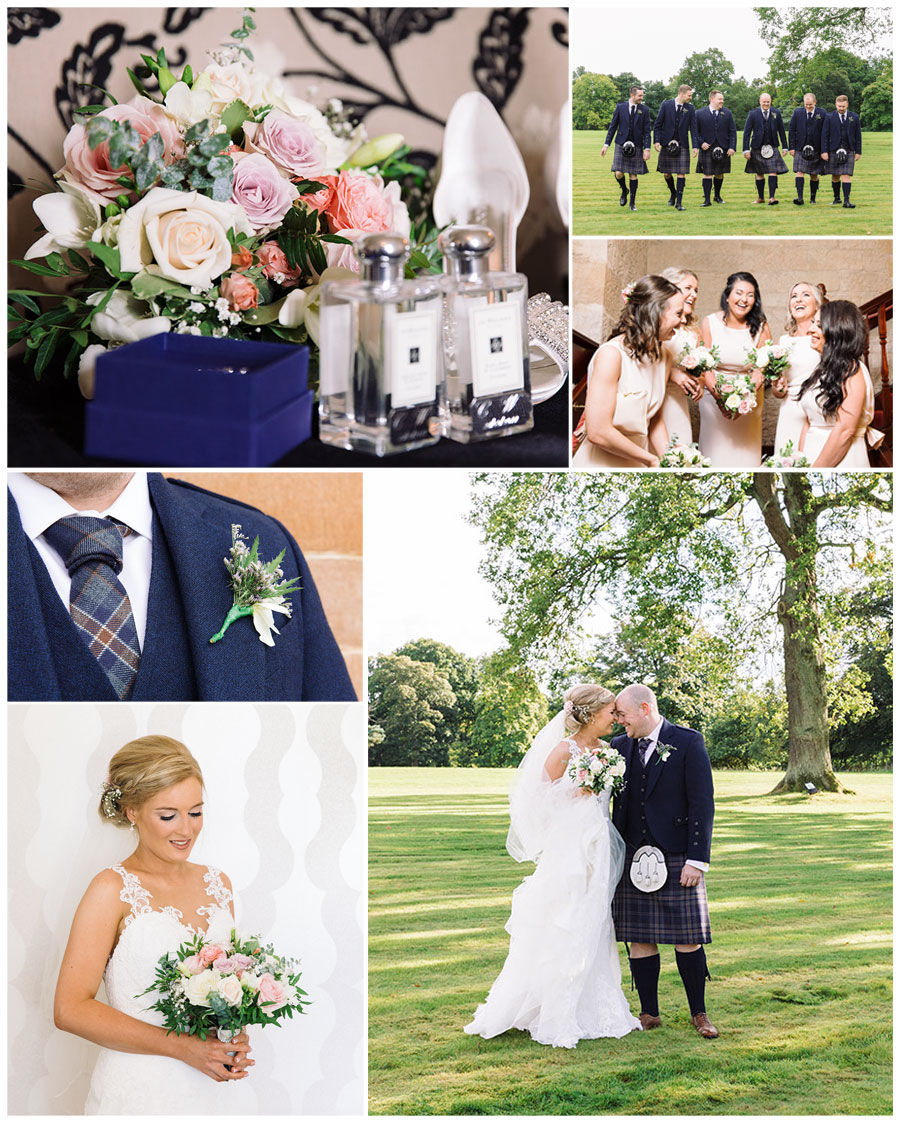